I had a yellow enclosure, and I wanted to build another Zvex Mastotron clone and see if I could squeeze in all the pots, knobs and a switch in an upright 1590B enclosure. 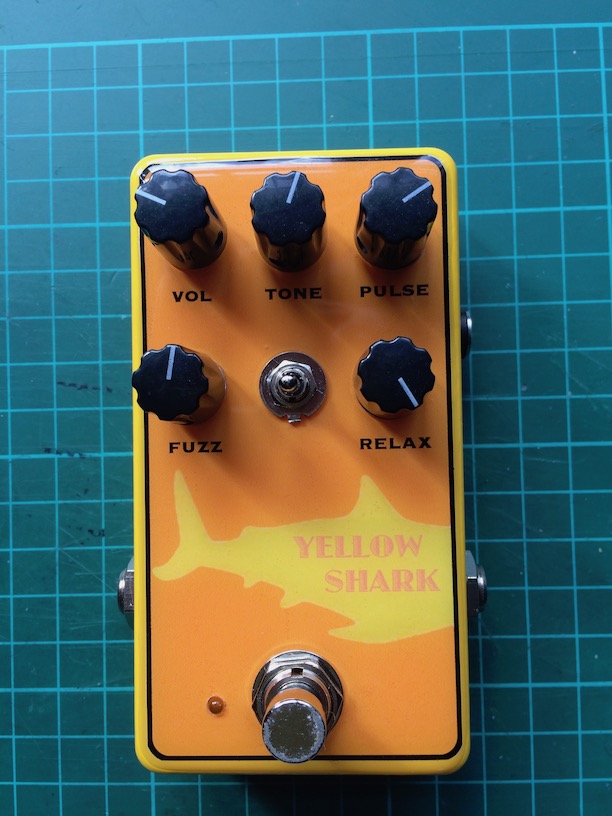 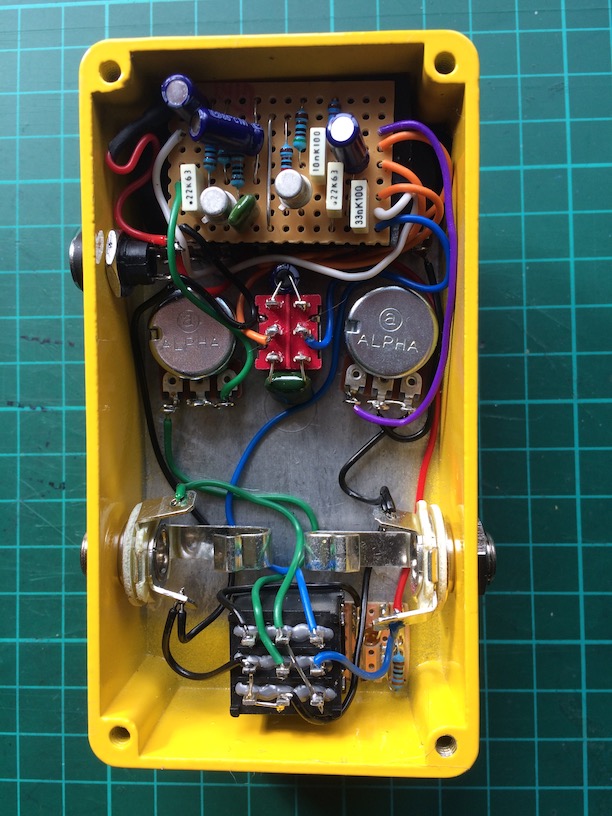 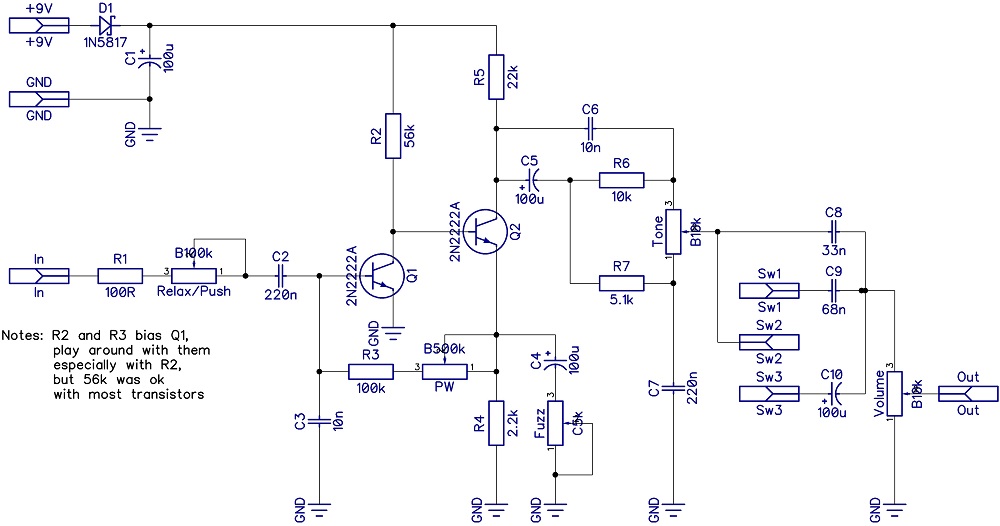 Jared wanted a Green Hocker after seeing mine on Twitter (and being an ardent Zappa fan, like me), but didn’t have an external power supply so this one runs off a battery.

I didn’t use a bezel for the LED, rather a 5mm LED. Easier to see. 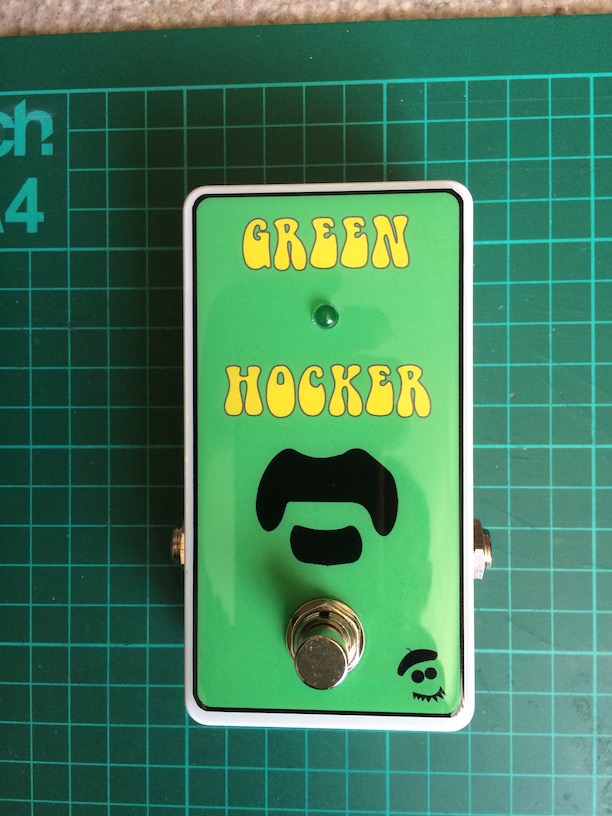 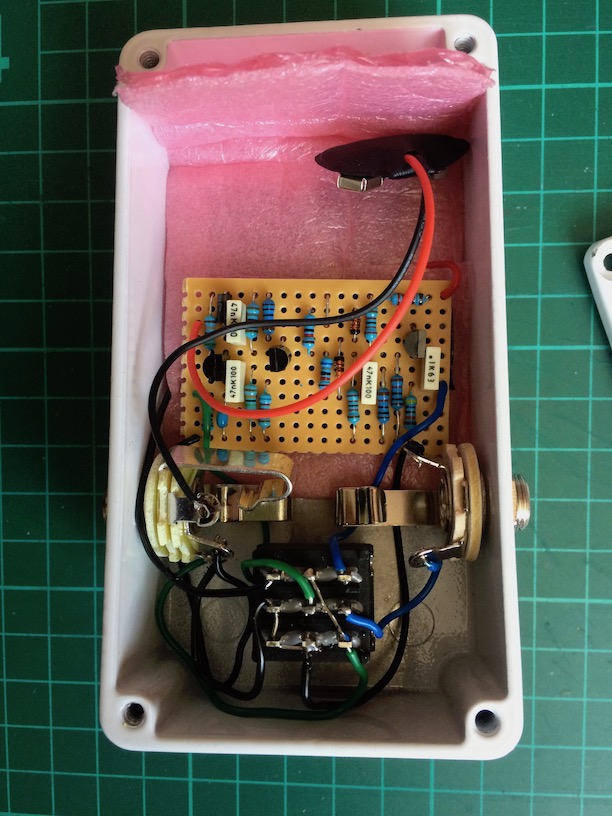 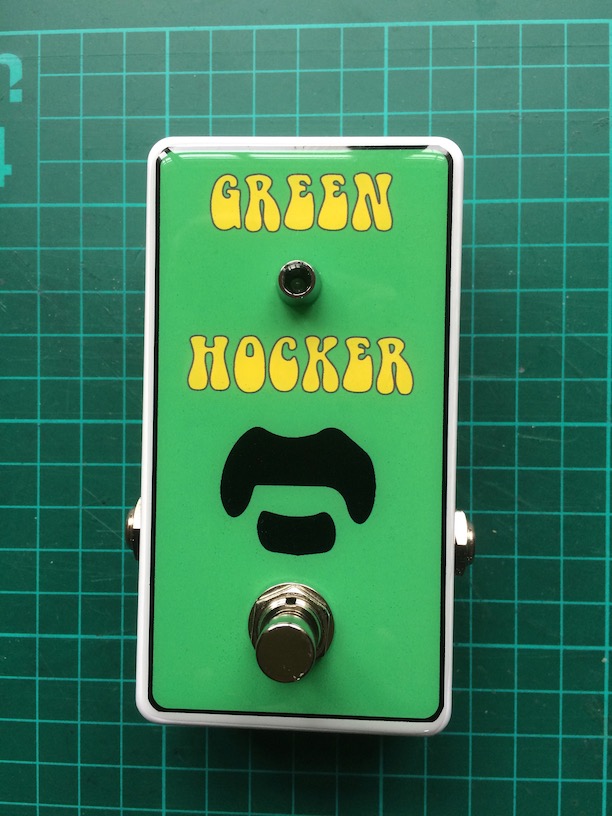 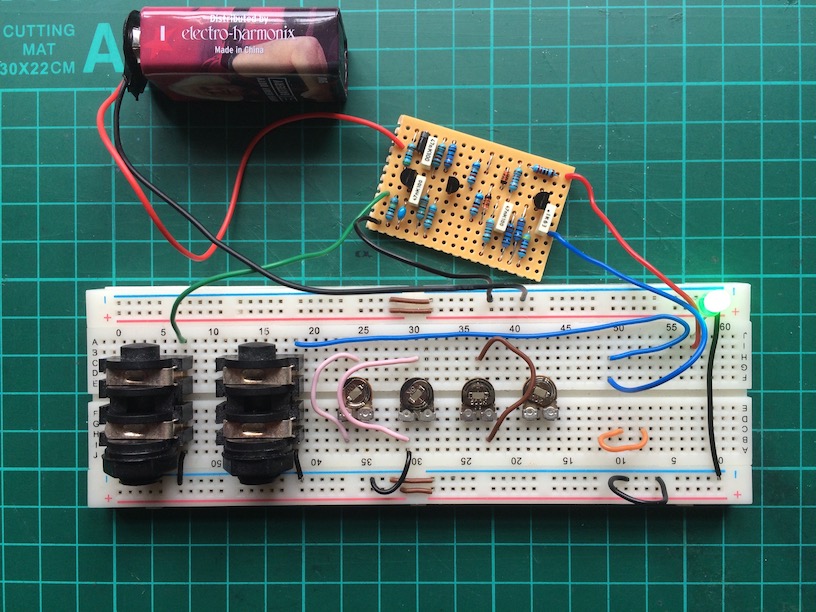 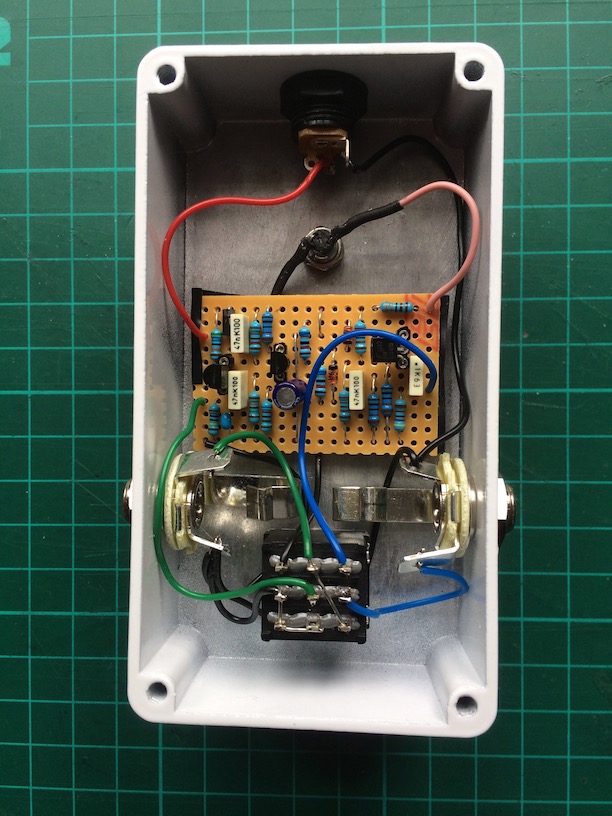 This one is a clone of the ZVex Mastotron, a farty silicon fuzz, and the layout is here – http://tagboardeffects.blogspot.co.uk/2012/02/zvex-mastotron.html

When it came to do the artwork and theme I wasn’t getting any inspiration from elephants or suchlike. A few happy accidents later I came up with The Scotoma (see Scintillating Scotoma, something which I get from time to time): 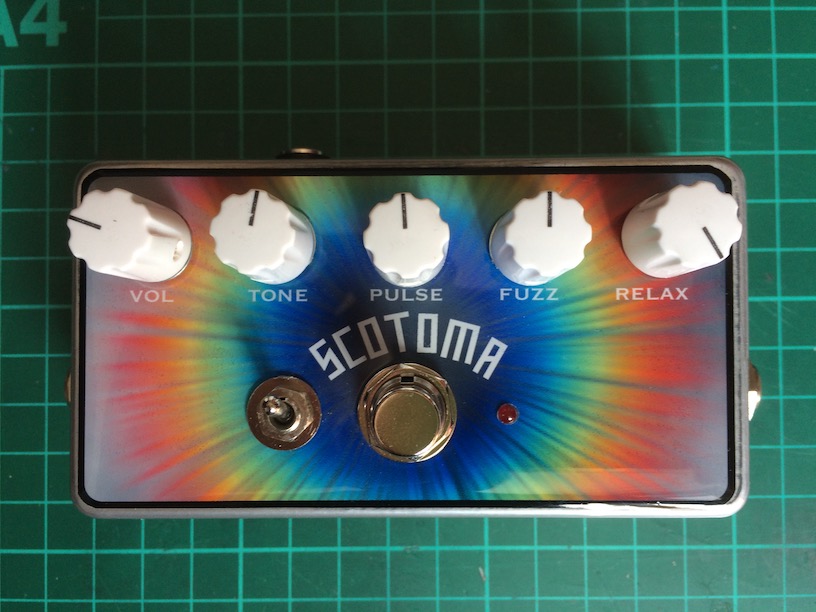 It was a bit of a squeeze getting it all into a 1590B which meant that the toggle switch is too close to the stomp switch, but as I’m not going to gig with it, it will be OK. 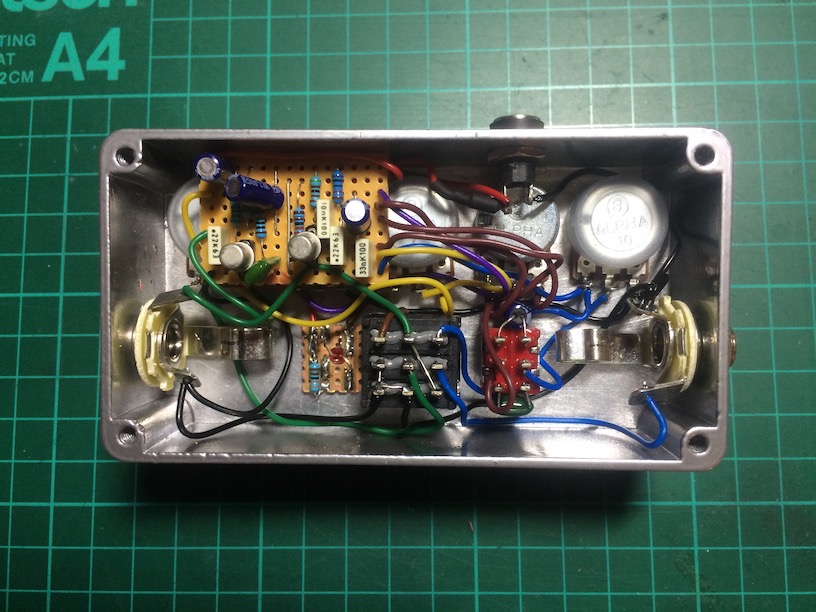 I built another Fuzz Factory variant. This one has an extra knob, “sub”, which is a 50k log pot in series with a 3.3uF capacitor and these are in parallel with C2 in the schematic I posted before.

Ladies and Gentleman, the Fuzzadillo! 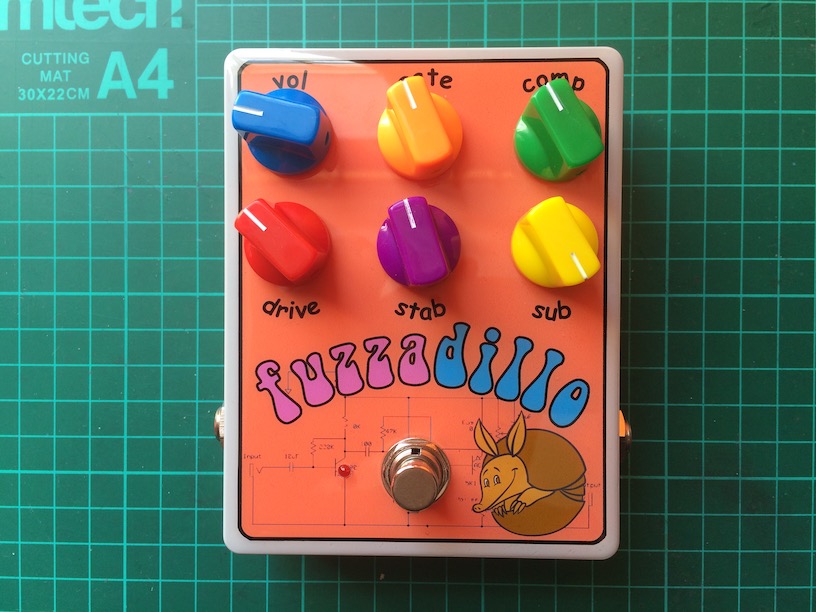 You can see the FF schematic around the stomp switch. 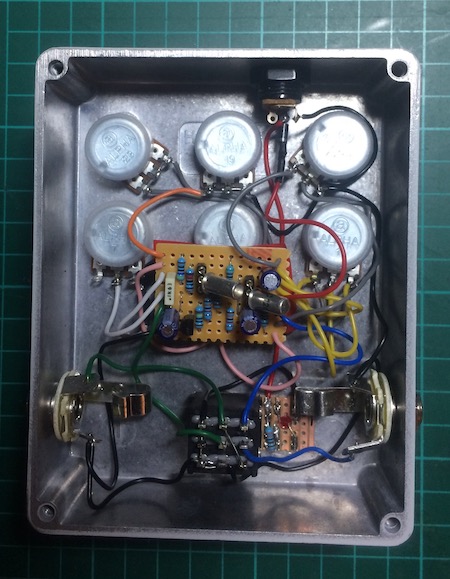 I had a neon meate dream of a octafish. And an obsession with the Fuzz Factory circuit, and buying old AC128 transistors. The circuit is simple and easy to knock up, the enclosure and art concept takes longer. 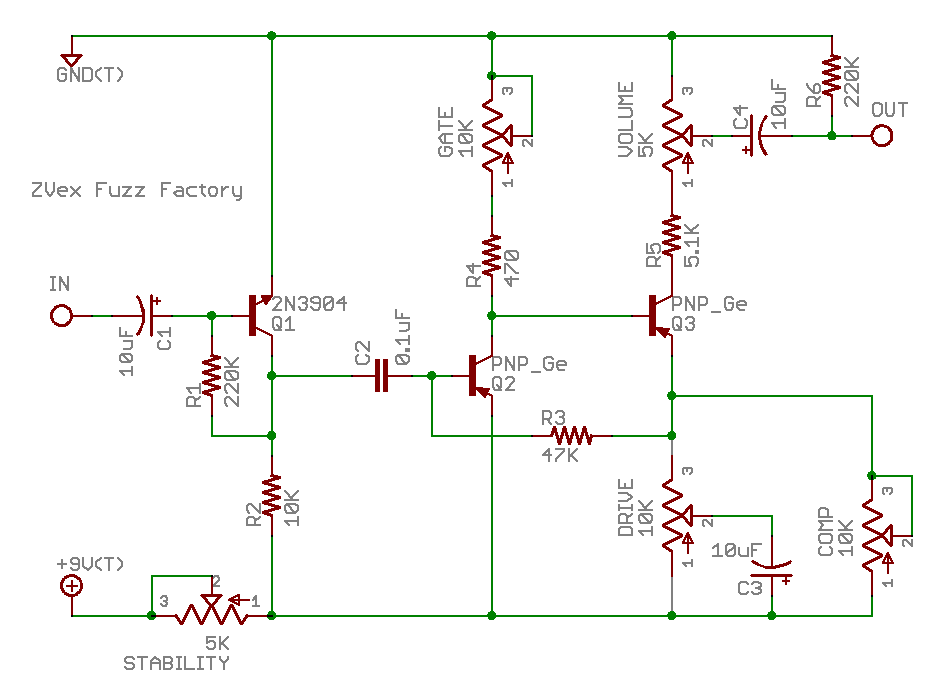 All the switch (SPST) does is switch in another cap (4.7uF) across that cap giving it lower frequencies. 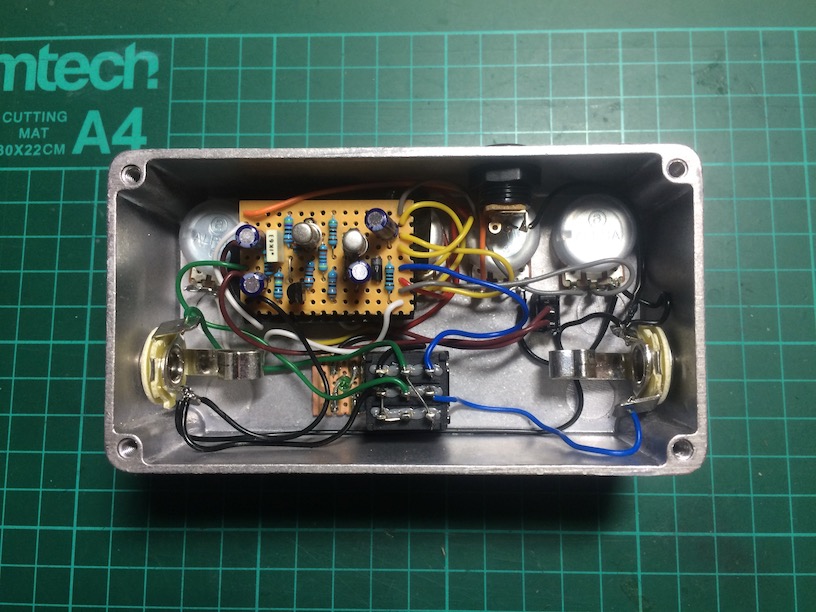 (Tin Teardrop would be a good name for a pedal. And Orange Claw Hammer for a compressor or Bat Chain Puller for a delay…or a Booglarizer?)