When I first started building pedals my goal was to build the Giant Hogweed.

This one is more ambitious as it has two stomp switches and the input and output sockets are on the top. In fact, I could only just squeeze the pots in under the sockets. It took a lot of planning.

I couldn’t get a genuine LM308 opamp but I tried. The one from eBay was fake, probably an OP07. You can tell if it squeals by omitting the 30pF compensation cap between pins 1 and 8.

I spent some time researching LM308 vs OP07.

The tech sheet for the OP07 has pins 1 & 8 as an offset nulling option where it seems a variable resistor can be connected. Yet, on various forums discussing the ins and outs of OP07 vs LM308 some people swear that adding a compensation cap on 1 & 8 on the OP07 makes a difference to the sound (example – https://www.thegearpage.net/board/index.php?threads/rat-op-amp-chips.1326447/)

So I ended up with a TL070 after trying different opamps (LM741). In the end though, it’s a bit squealy at higher settings. 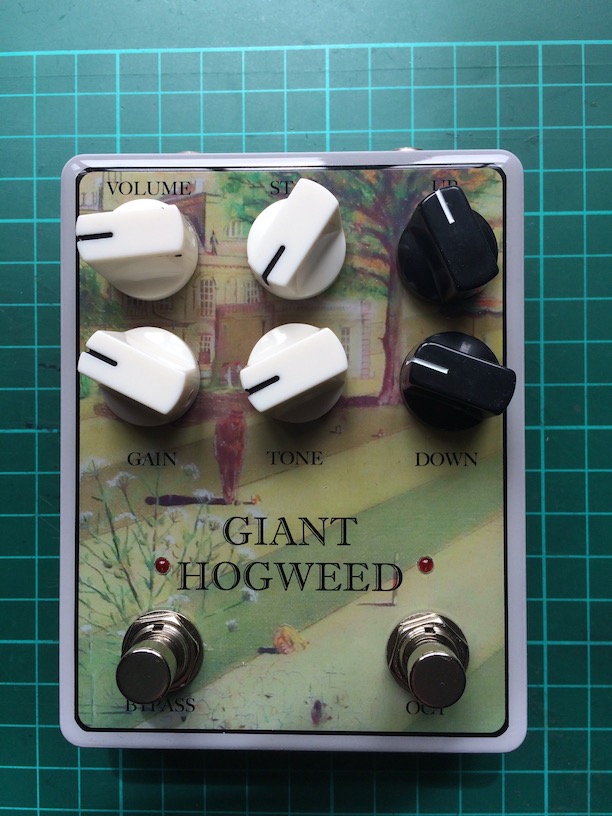 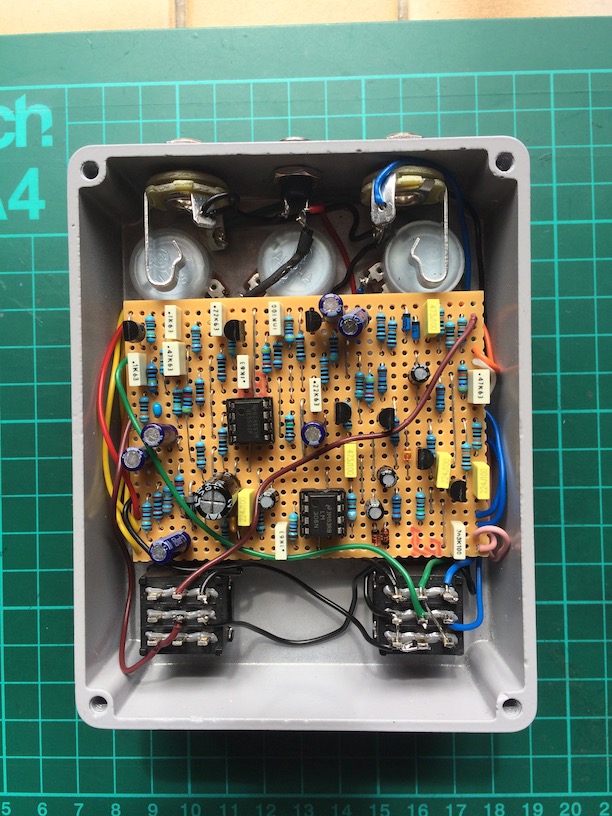 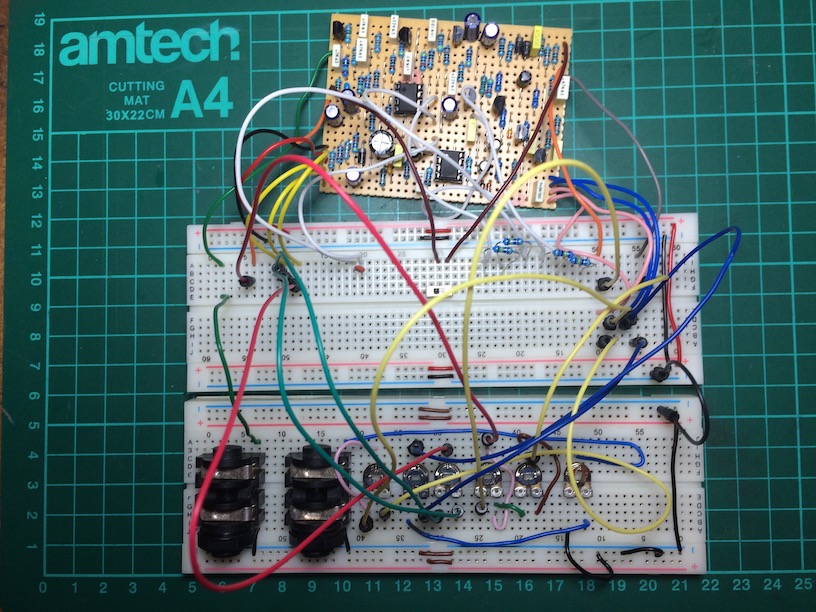 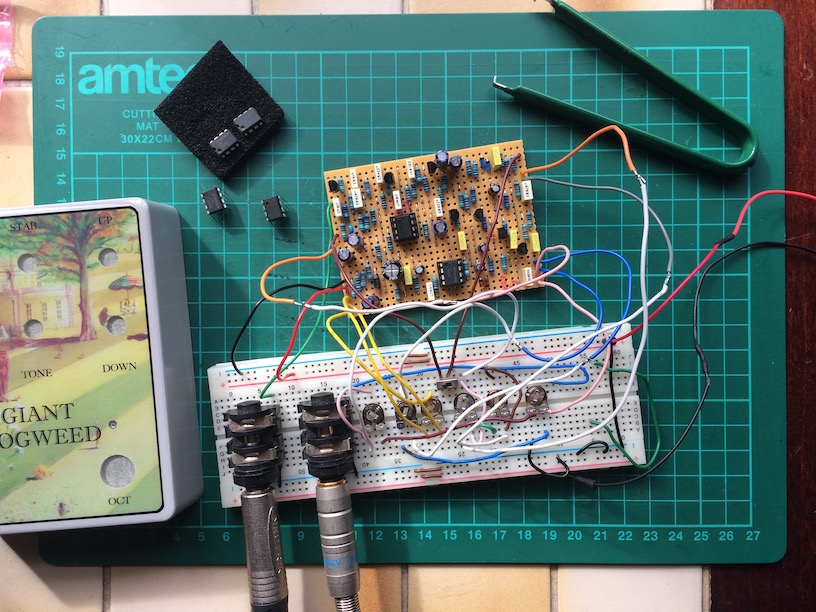