And, as if by magic (or in the tradition of Blue Peter’s “here’s one I prepared earlier”), I have the components! 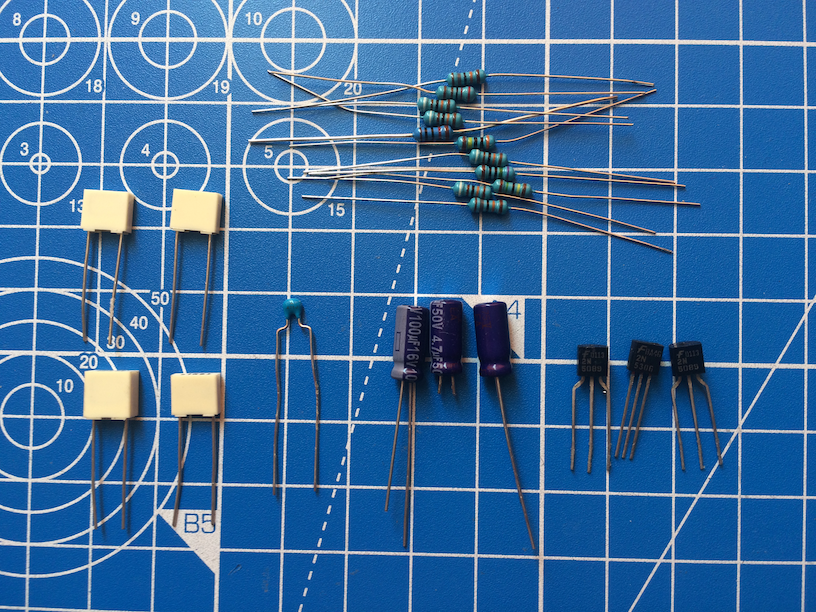 From the left there are 4 polyester box capacitors, a 470pF multilayer ceramic C0G capacitor, three electrolytic capacitors, the three transistors and, at the top, the resistors.

At this stage I’m not concerned with the SPDT switch, nor the pots. For now I just want to prepare the vero board and solder these components onto it.

Now I need to cut a piece of vero board to size. When I buy this stuff I get it in sizes of 24 tracks by 37 holes. The vero that’s used in the circuit is 9 tracks by 20 holes so I need to cut it to size with a Stanley knife.

TOP TIP – double check that you have the vero board the right way round. That is, you need 9 tracks going horizontally. A few times now I’ve cut it the wrong way round and ended up with the tracks going vertically. D’oh!

Here’s a piece of vero that I’m using from a previous cut. At the moment it’s 23 tracks by 20 holes. So I need to make another cut to reduce it to 9 tracks in height. I mark out a line on each side of the board with a pencil on the 10th row. It makes sense to cut through a row of holes: 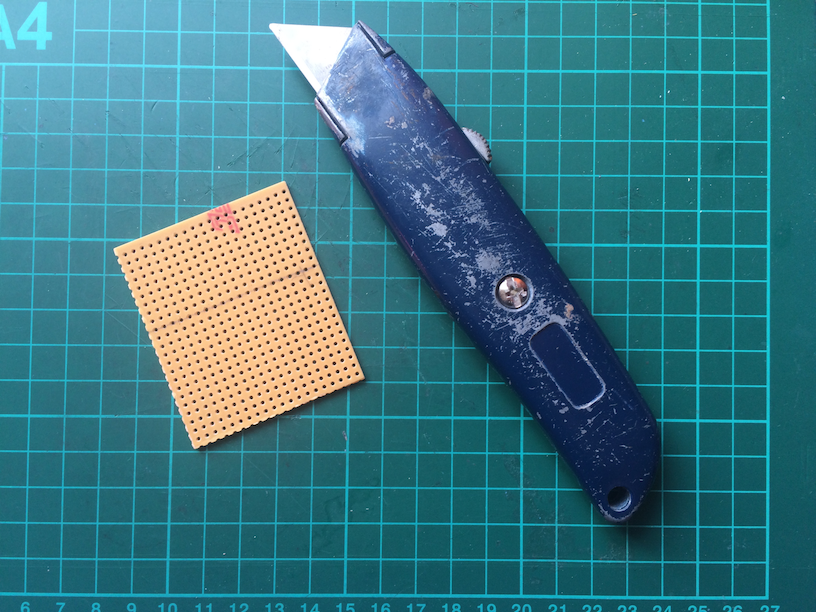 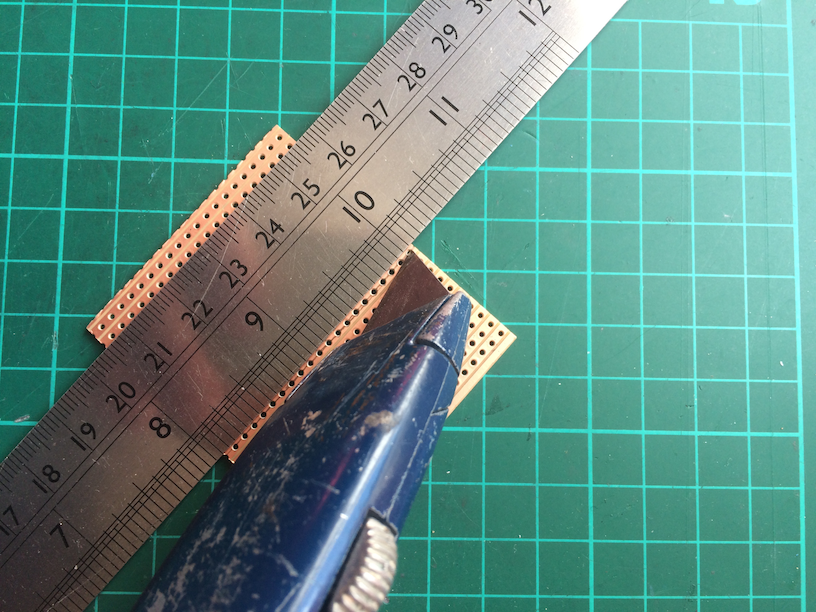 I keep scoring it with the knife until I get a clean cut: 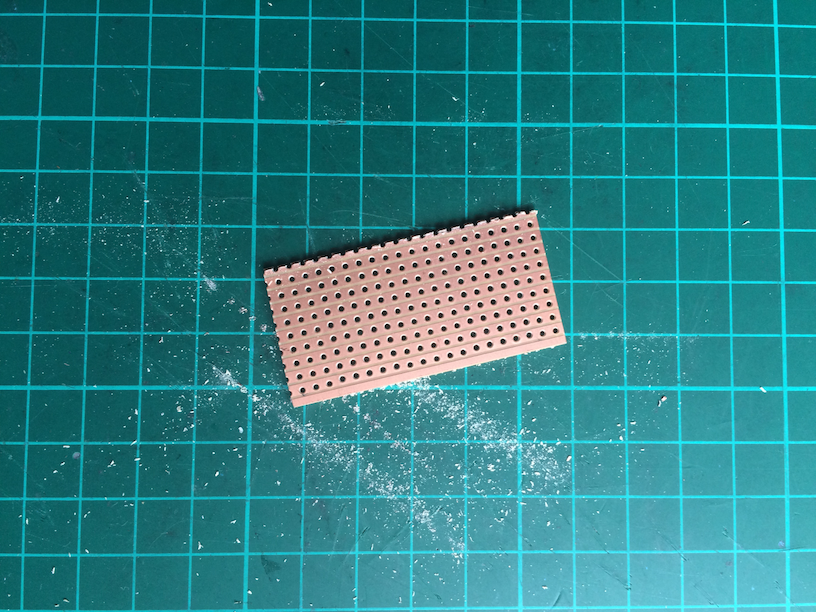 Be careful of the dust, it’s nasty stuff and you don’t want to breathe it in. Also, watch your fingers. What you can’t see in the last photo is a piece of my fingernail where the knife took out a nice chunk. 😉