Another pedal. An ambitious one, with a fairly large vero board.

And this is the first time that I’ve used Envirotex Lite Epoxy resin as a final coat on the enclosure. Scary stuff. You have to get the mixture just right, and eliminate bubbles with a flame. Still, it’s better than the clear coat spray. 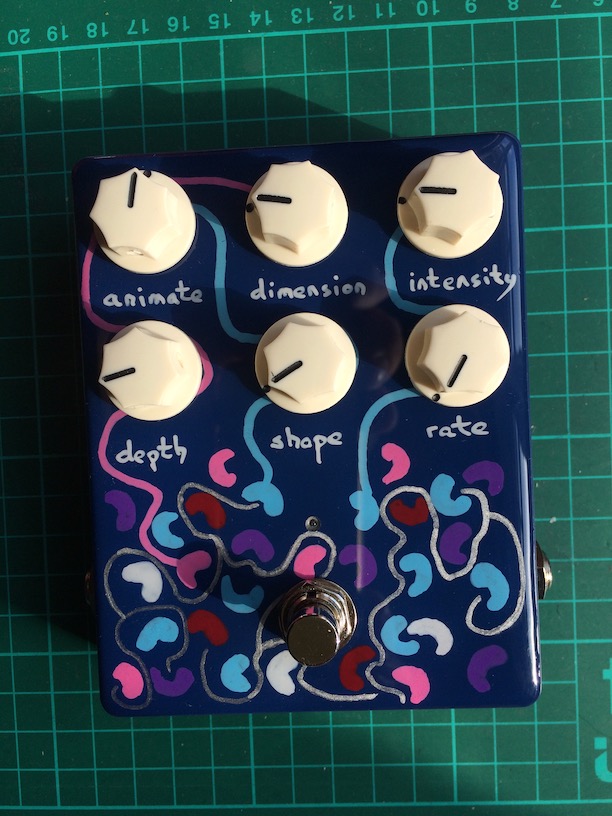 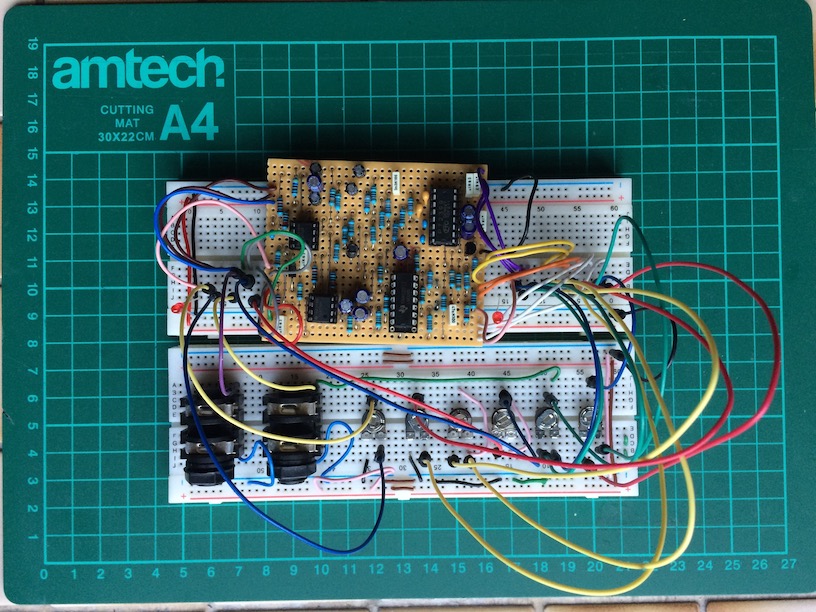 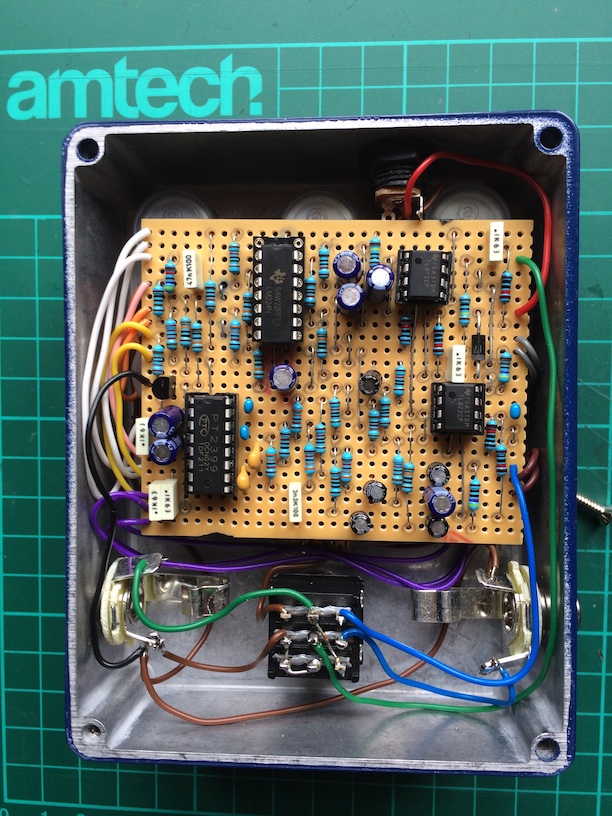 A couple of issues with it – the LFO rate was too fast so had to replace a cap with a higher value; my offboard wires were too short in some cases and so had to do them again (and again when I soldered the in the wrong holes). Good job I stocked up on desoldering wick!