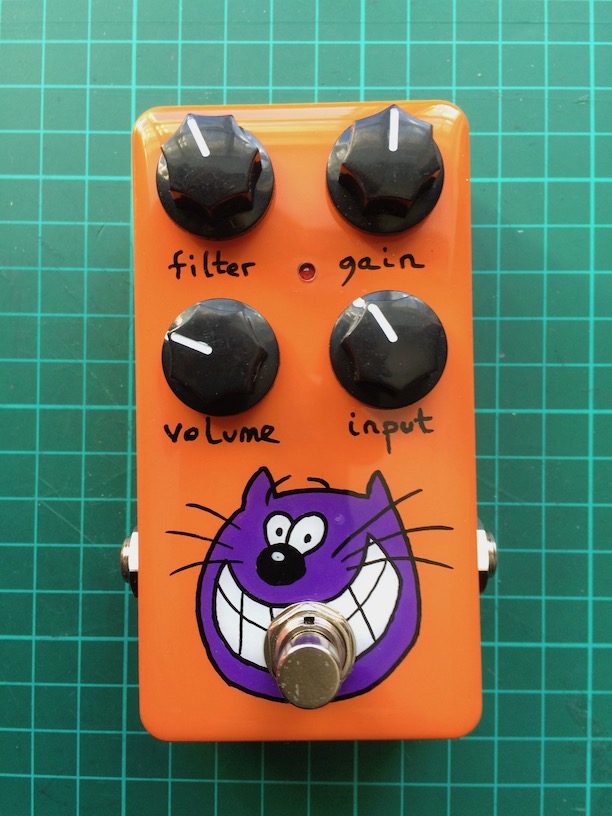 This is a clone of a Catalinbread Katzenkönig.I call this the KatzenCüstard.

Decided to use up my orange Hammond 1590B and Posca Pen on Cüstard the cat. Who is this cat? It’s Custard from Roobarb and Custard.

I fancied a new fuzz/distortion pedal, so the Katzenkönig is a nice choice:

We combined the best elements of a Tone Bender MkII fuzz with a Rat distortion to create something that sings like a fuzz but is tight like a distortion. It loves humbuckers and single coils. It loves your cranked amp and your super-clean amp.

Katzenkönig was tuned to offer a huge range of response – from a really beautiful singing tone, to tight, harmonically-rich crunch, all the way to fuzz mayhem.

Once again I used Envirotex Lite Epoxy resin. But…you can see a small bubble in the epoxy Envirotex coating just to the right of the eyes. This bloody bubble appeared out of nowhere about 6 hours after pouring the resin, just as it was almost set so I couldn’t burst it with a lighter. Ho hum.

I always test a new circuit first before boxing it, and this entails connecting all the wires to a breadboard that I have set up with input/output jacks and trimpots for the controls. Then if it doesn’t work I can simply work on the circuit board. This pedal was buzzing like a buzzy thing when I first tested it and I spent several hours double-checking and swapping out some components. It turned out that it needed a grounded shield around the circuit and the input wire, so once it was in the box it was fine.

Oh, and I bought some more pots and knobs. Just in case: 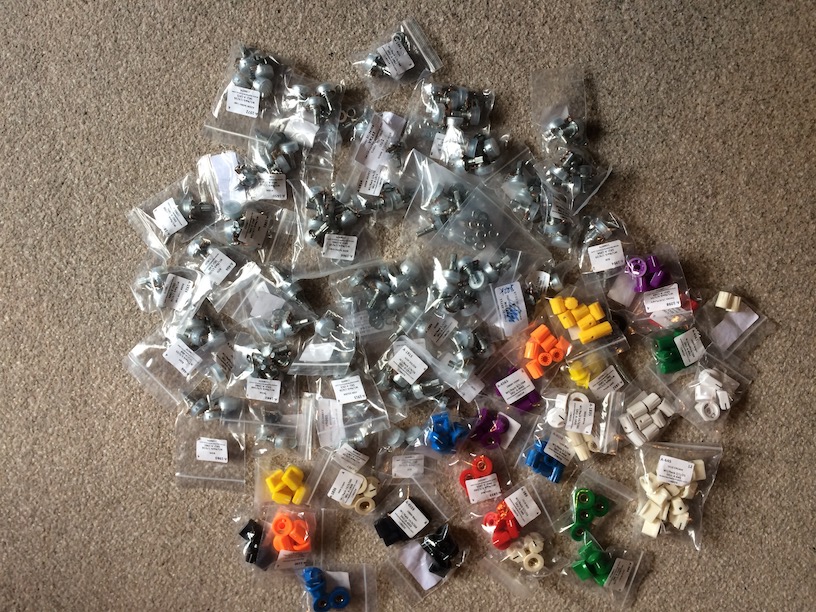